This Is Who They Are

Posted on January 15, 2021 by toomuchexperience

Mostly, I keep my political opinions on another location and, yep, I am a “libtard” as are all of the intelligent people I have ever known in my life. If there were ever going to be a moment where my mission, “Warning: If you’re looking for a pleasant conversation about motorcycling from a frozen-north Minnesota Nice perspective, good luck with your search. As Bobby Dylan once said, ‘it ain’t me, babe,‘” might skip a beat, “Keep moving buddy. “Nothing to see here.” Today, like all of this damn month, I’m pissed off.

We all know who “both sides” of this crowd are, don’t we? Motorcyclists have been grouped with “bikers” for at least 70 years, to our huge disadvantage and outright physical hazard. The helmet-less, muffler-free, skill-less biker crowd have made noise on the streets and in our legislatures to the total disadvantage of the actual 1-10% of motorcycle owners who use their vehicle as a goddamn vehicle. Every noisy-ass biker blubbering down a freeway, on a country road, or through neighborhoods is pissing off every cager and homeowner they pass and making enemies for the few of us who believe a motorcycle is a transportation vehicle with the same rights and responsibilities (that is the most unpopular word in the wingnut world) as every other vehicle on the road. 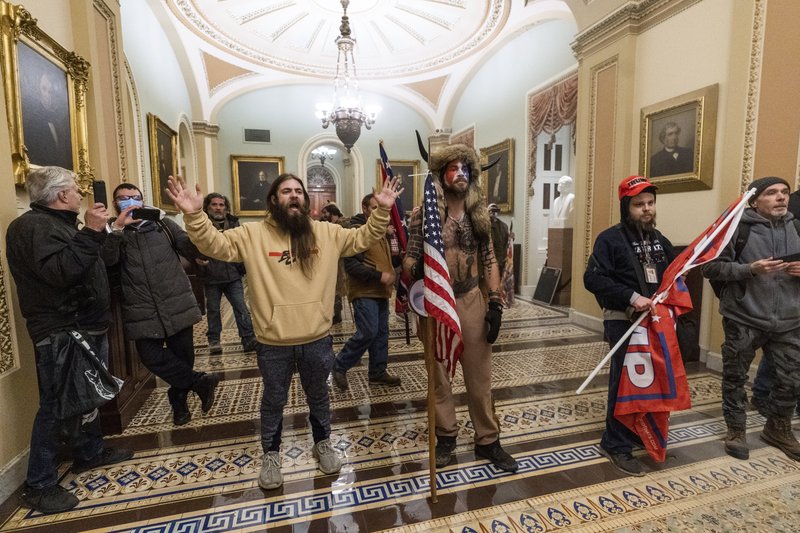 These rioting “protestors” are same people who think being asked to wear a mask to protect themselves and their community from a life-threatening virus pretend that being required to wear a helmet while riding a motorcycle on public roads or paying a health/life insurance premium for the privilege of risking their lives pointlessly is a “freedumb” issue. We know these people. Like the maskless fruitcakes, these butt-ugly jackasses think the rest of us want and need to see their scroungy (male or female) ponytails, weird-assed inbred faces (quoting Larry McMurtry, “One could have laid a rule from forehead to chin without touching either his [or her] lips or his nose.”),  faux-ZZ Top beards (apologies to Frank), and hear their mistuned, unmaintained junk-twin hippobikes for miles around. The rioters were the same arrogant, entitled, lazy-ass incompetents that motorcycle has been plagued with since a pack of misfit WWII “vets” decided to bring home the hell they supposedly opposed in Germany and the Pacific. Based on the number of German helmets, swastika tattoos, and white supremist paraphernalia you see decorating bikers and their rides, it’s pretty obvious that if they fought at all, they were on the wrong side. 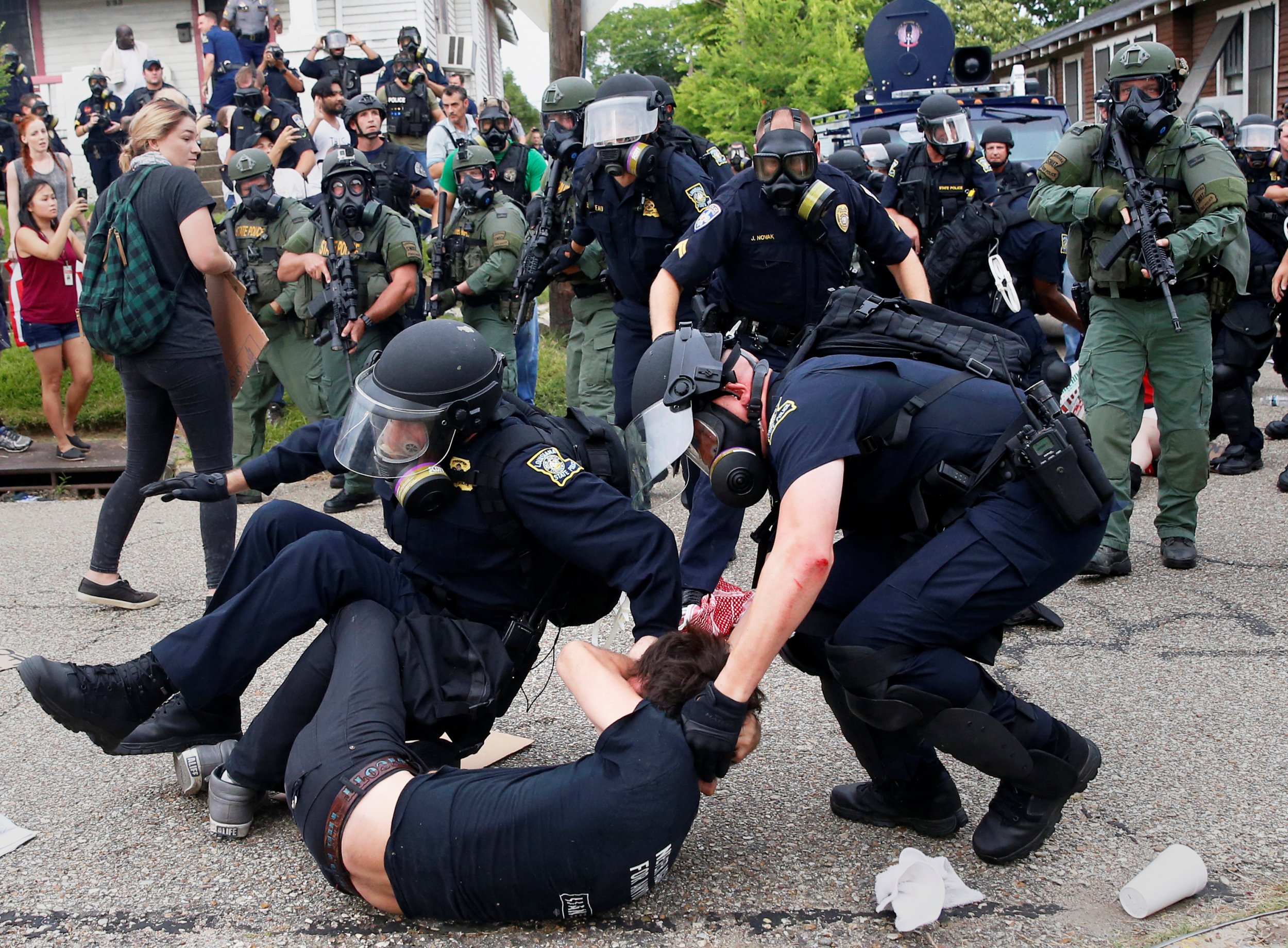 Likewise we, unfortunately, know the cops who coddle and cringe from the biker gangsters, their illegal exhaust systems, and their traffic-snarling pirate parades. Those DC cops who were so courageous, when it came to piling on a 120 pound female BLM protestor or charging an unarmed kid with military weapons at a Occupy Wall Street protest, will just watch as a pack of bikers waddle through town making more noise than a Boeing 737 on take-off or attack the United States Capitol Building in an effort to overthrow an election. Worse, they’ll not only ignore the peace-disturbing noise-makers, they’ll direct traffic to accommodate the gangbangers or fascist, racist rioters. In the case of 1/6/2021 (we will remember this date like 9/11/2001), off-duty cops participated in rioting and attacking the police who defended the Capitol Building. Some even had the gall to claim “we’re doing this for you” while they attacked the police defending the Capitol.

There is also the fact that, usually, the biker gangbangers are white and look exactly like the goobers who overran the DC capitol police. Occasionally, the bikers will be Hispanic or black and, oddly, they will get pretty much the same treatment as their inbred white “brethren.” Huh? Imagine that. So, even when the police are not on the same side as the lawbreakers, they are terrified of them and, probably, their fellow collaborating officers. In the meantime, the taxpaying public is screwed coming and going.

As Hudson, Wisconsin residents discovered and I noted in “Running from the Outlaws,” when the biker gangbangers show up, the cops vanish. Like many of the DC rioters, the bikers usually have long criminal records which, for no good reason, never seems to prevent them from possessing firearms, threatening the peace and quiet of cities large and small, and appears to make them immune to the laws of the country. Why is that? Two reasons, the cops are terrified of anyone who might fight back in numbers even close to the force the cops might bring and the cops and the bikers/rioters are on the same side of most political arguments.

Two of Trump’s big support groups were (and are) bikers and cops. In a rational world, you’d think that would be totally impossible relationship. We don’t live in that world and I am fast becoming convinced we aren’t an animal capable of rational thought.

I became painfully aware of this odd cohabitation when I taught an “Experienced Rider Course” somewhere in the 2006 time-period. The “students” were 13 Hennepin County Sheriff’s deputies and I was under the delusion that this might be one of the rare ERC classes that wouldn’t be deafening. Usually, ERC groups were biker “clubs” trying to skate through training to obtain insurance discounts for their gang members. Turns out, that’s the deal for training cops, too. Like the Iron Brotherhood gangbangers I wrote about back in 2013, these badged goobers were all-but-one on geeked-up Hardlys with illegal exhausts and more chrome crap than a 1960’s American car. The one exception was a very competent deputy on a Goldwing. The class was deafening, full of attempts to get on to the range without a helmet (against the state and MSF rules), and there were lots of the usual attempts to skip over or ride through the mildly complicated exercises. Maybe 2 of the 13 cops in the class were competent riders, with the Goldwing rider being more skilled by octaves above the other cops. I learned something in that class too, “Don’t expect cops to enforce laws on other biker gangbangers.”

fermented and inspired the white supremist and domestic terrorists that the biker culture best represents or the historically racist and anti-labor police actions of the recent past. Or not. If Hitler and Nazi Germany had won WWII, history would be on their side and we’d all be hearing and telling stories of how brilliant 1940’s Germany was in exterminating non-white people the world over. History is a story told by the winners and we have no idea who the winners will be, yet. Eventually, of course, it won’t matter. We’ll flip the world’s environment into a climate that won’t support human life or the planet will get clobbered by another asteroid extinction level event and none of this will matter. Humans will be gone and whatever life that comes next might not even know we ever existed.

Right now, honestly, that is a kind of comfort. I am so disgusted with my country, with 74 million American citizens who not only voted for fascism twice in 4 years but who so rabidly worship their “great and fearless leader” that they would rather see the nation’s fragile attempt at democracy fail than see their cult leader waddle off into the disgraced sunset (likely to see jail time and his seventh and final bankruptcy).

3 Responses to This Is Who They Are