Motorcycle Reviews and Me

Posted on September 1, 2015 by toomuchexperience

I’ve bitched about product reviews from several industries, including motorcycles, for almost two decades. Now that 99% of magazines count on advertising revenues rather than subscriptions for their income, editors/writers are more worried about pissing off an advertiser than providing value to readers. One of the things that first attracted me to writing for MMM were the reviews I read in those late 90’s editions. Far from soft and fluffy, some of the reviewed bikes took a beating. My benchmark product magazine is and always will be the version of Dirt Bike Magazine the ultimate geezer (even when he was a kid) Rick Sieman (SuperHunky) edited. He’s still at it, a bit, with articles like “Worst Dirt Bikes of All Time” and better. For the rest of the written world, readers don’t amount to much in terms of attempts at value provided. In fact, we’re not really “readers” in modern magazine vocabulary, we’re “customers.” Just like the MSM when talking about American citizens, we’ve lost our citizenship and become “consumers.” For my money, if the printed word disappears from existence it won’t be missed if I never again find myself referred to as a consumer or customer. 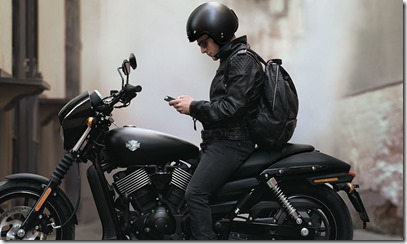 When I heard my friend and ex-editor Sev Pearman (oddly pseudo-named “Mark Descartes”) would be reviewing the new aimed-at-the-hipsters Harley 750 for MMM, I had moderate hopes. Sev can be both obscure and direct, depending on the subject and his mood. When he is obscure, I have no idea what he is talking about on any subject including those where I am more versed than he. This review was one of those times. 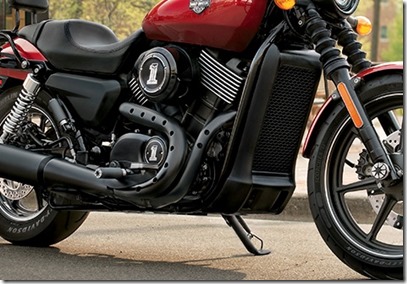 Interestingly, Bruce Mike’s paired review of the same bike was pretty informative. The question I’d asked Sev, off-line on FB, about the odd combination of a 28” seat height, the “below your knee” peg placement, and ground clearance. The picture of Sev on the bike looked cramped. I speculated that, “There must be about 3″ of ground clearance.” In fact, unloaded there is 5.7”. Couple that with the closest thing to suspension travel HD provides (“Seat Height, Laden 25.7”) and my 3” guess was pretty close. (Damn, I’m good.) Bruce described the seating position succinctly, “The ergonomics were not good. I’m a short guy and the pegs and seat made me feel like I was too tall.” And “I put close to 150 miles on this bike and with the stock seat, bars, and pegs, it was not without discomfort.” That’s about what I expected from the provided dimensions .

Here’s my real complaint about this kind of review, though. As I wrote to Sev, “Comparing the 750 to other Hardlys makes the bike look . . . better. It might have been useful (to new riders) to mention that the “more powerful” Hardly 750 makes 10hp less than, say, the V-Strom 650 and about the same torque and includes ABS for similar money.” His response was, “One cannot rail on H-D for doing the same-old same-old then curse them when they produce something (gasp) modern.” I can and will. While finally realizing that air cooling and carbs are for lawn tractors and museums is a nod toward “modern,” it’s a long, long way from 2015 technology and getting further every day.

It’s true that everyone’s cruiser offerings are pretty primitive, but review after review calls these “small” hippobikes “starter bikes.” Would you put our kid on a 60 pound, coaster brake, single-speed, 26” Schwinn cruiser as a starter bicycle?  Yeah, I know that’s what I started on and it’s a pure miracle I’m alive to talk about it. I crashed that POS bicycle into mailboxes, fire hydrants, buildings, and cars before I began to realize my father didn’t know shit about picking a bicycle for a kid. Apparently, the whole motorcycle publishing industry got it’s cue from my father: a high school business teacher who was baffled by a newspaper wrapping machine to the point that he’d hand-rubber-band newspapers rather than try to unclog a string jam.